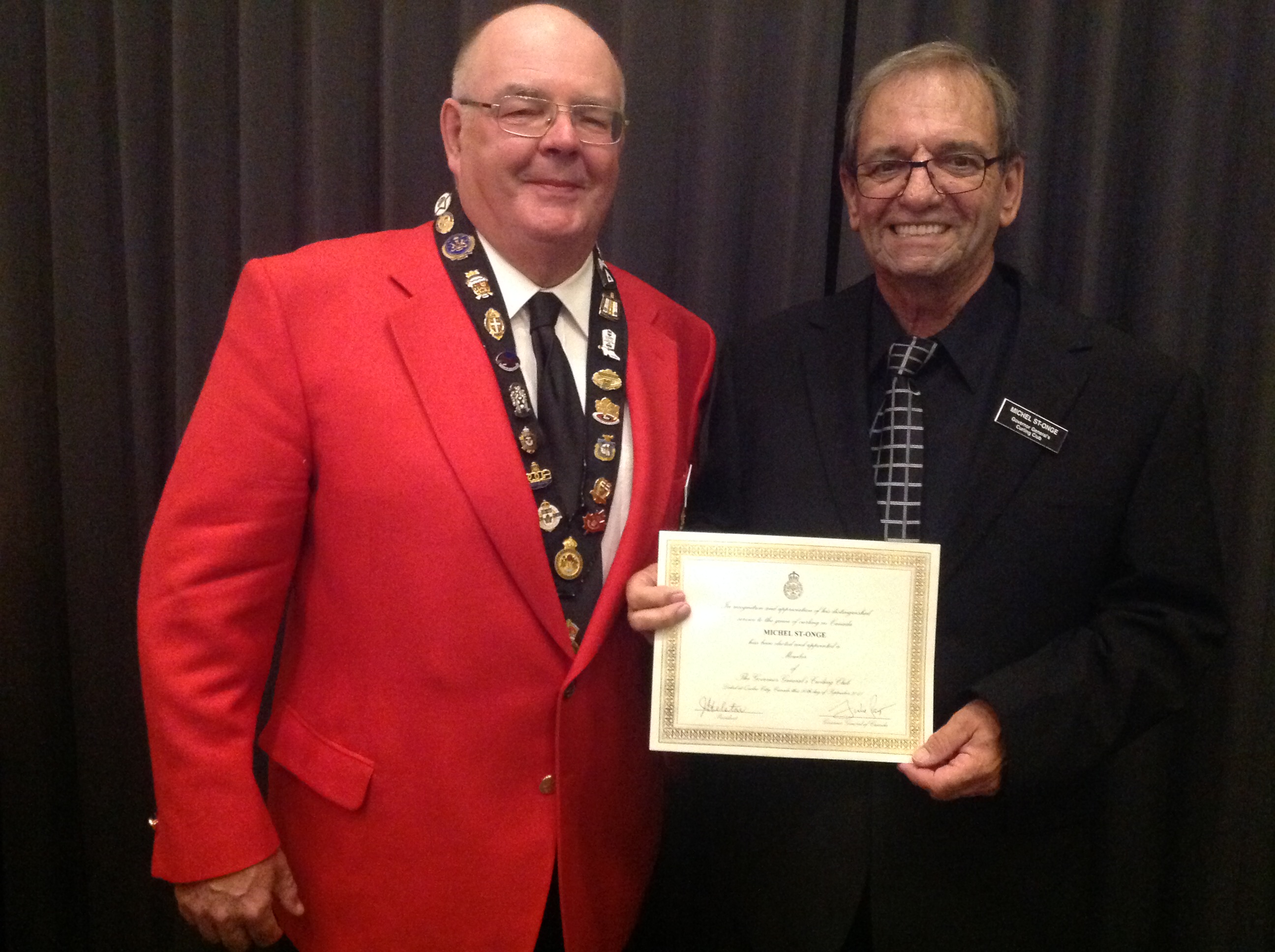 The annual Governor General’s Curling Club members meeting occured in Quebec City last September 9th to 12th and more than a hundred members and guests from all provinces attended.

During this meeting, the selection comity – chaired by Mr. Warren Hansen – nominated Mr. Michel St-Onge as a new member of this prestigeous club for its implication during numerous years for the promotion and developement of the sport of curling in the province of Quebec. Also, Mr. François Vary, a member from the province of Quebec (St-Lambert), was elected Chair of the board of Directors of the Governor General’s Curling Club for the next season.

Note : M. Bob Dodds from the Pointe-Claire curling club was also inducted as a new memebr of the Governor General’s Curling Club