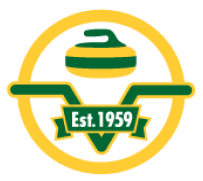 The OVCA Junior Superspiel is an annual event organized by the Ottawa Valley Curling Association which regroups Canadian and international junior teams. Each year, Quebec is offered two spots (one for junior women and one for junior men).

For the past few years, Curling Quebec has organized a qualification tournament to determine the Quebec representatives, but the participation has always been quite minimal. Therefore, it has been a real struggle to make a good draw and to find a host club for the event. We have therefore decided that as of this year the tournament will be cancelled. Instead, the Quebec spots for the OVCA Junior Superspiel will be automatically assigned to the winners of the U-21 junior provincial championship as long as they respect the following criteria:

In the event that neither the winner of the U-21 or the U-18 provincial are eligible to take the spot, it will be offered to the U-21 runner-up (first), and the U-18 runner-up (second), and so on.