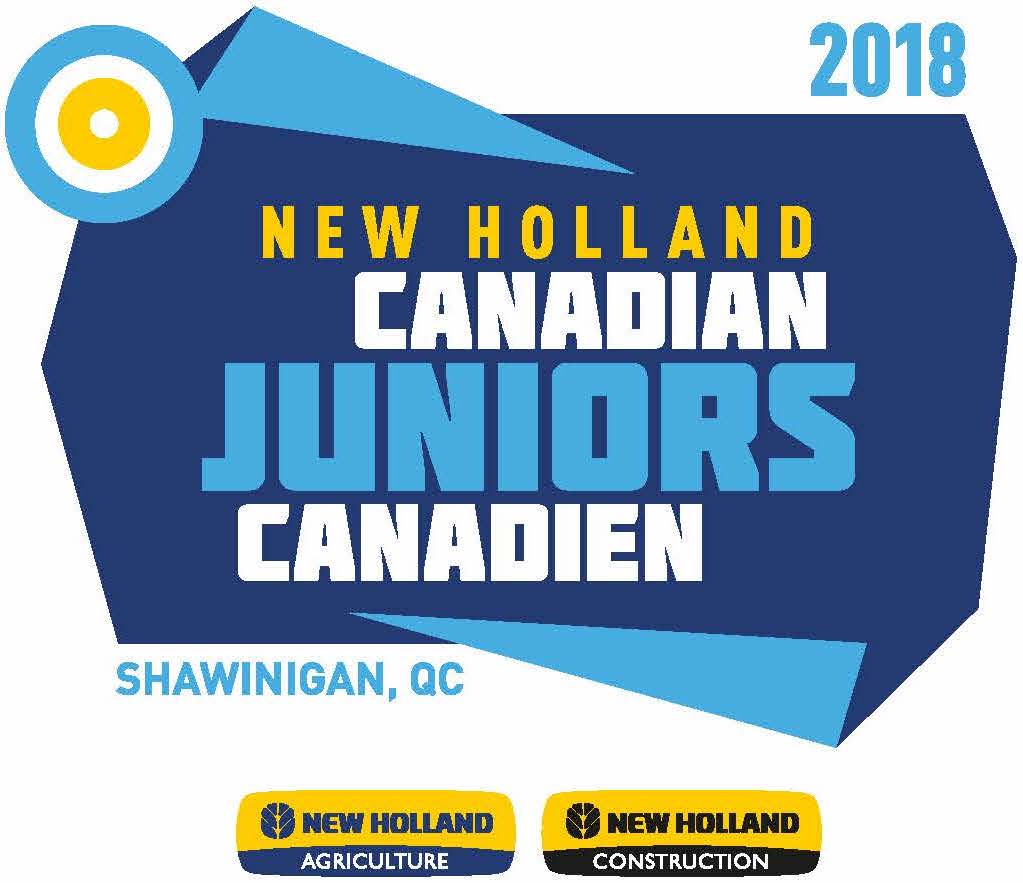 In addition to 1993, the Canadian Juniors have been held in the province on six other occasions, five of them prior to the men’s and women’s championships being combined into one event in 1987 at Prince Albert, Sask.

The most recent Quebec-hosted Canadian Juniors was played in 2010 at Sorel-Tracy, with Ontario sweeping both titles — Jake Walker won the men’s while Rachel Homan took the women’s.

Fourteen men’s and 14 women’s teams will compete for Canadian titles, separated into two seven-team pools per gender for an initial round robin, followed by a Championship Round (top four in each pool) leading to the playoffs. The top team advances to its respective final on Sunday, Jan. 21, while the second- and third-place teams meet in a semifinal on Saturday, Jan. 20, to determine the other finalist.

It’s the first year of event title sponsorship by New Holland, a world leader in the manufacturing and selling of agricultural and construction equipment.

The winning teams will then represent Canada in the 2018 VolP Defender World Juniors, March 3-11 at Aberdeen, Scotland. Canada has won a leading 18 world junior men’s titles since 1975 and 11 women’s crowns since 1988.

Quebec will be represented by skip Alek Bedard and his Lacolle Curling Club team in men’s while, in women’s, skip Laurie St-Georges, who also competed in 2016, and her team will carry the Laval-sur-le-Lac banner. Quebec has won three Canadian junior men’s titles, the latest by William Dion in 2008 at Sault Ste. Marie, Ont., but only one women’s crown, that by Marie-France Larouche at Kelowna, B.C. in 1999.

Tardi will attempt to become the first back-to-back winning skip since Manitoba’s Braden Calvert in 2014-15. Alberta’s Charley Thomas in 2006-07, Ontario’s John Morris in 1998-99, Saskatchewan’s Bayne Secord in 1954-55 and Gary Thode in 1951-52 are the only other skips to have accomplished this feat.

The women’s field includes seven skips making their Canadian Juniors debut. Others in the field include New Brunswick’s Justine Comeau, the 2016 bronze-medallist, Nunavut skip Sadie Pinksen, making her sixth consecutive appearance, and Kaitlyn Jones, who skipped Saskatchewan to a 5-5 finish last year at Victoria but is representing Nova Scotia this year. Also on her team are third Kristin Clarke and second Karlee Burgess, who teamed with Mary Fay to win gold at the 2016 Canadian and world juniors.

After playing third for Jones last year, Sara England, daughter of 1998 Olympic gold-medallist Sandra Schmirler and Shannon England, takes over as skip for the Saskatchewan entry this year.

Teams that don’t qualify for the Championship Pool will compete in a Seeding Pool to determine rankings for the 2019 New Holland Canadian Juniors in Prince Albert, Sask. Curlers on all non-playoff teams will participate in a mixed doubles competition on the final weekend. Games will be played at both the Aréna de Grand-Mère and Club de curling de Grand-Mère (Centre municipal de curling de Shawinigan).

Media accreditation for the 2018 New Holland Canadian Juniors will be available on-site through Danny Lamoureux, Director of Championship Services, Saturday through Monday (dlamoureux@curling.ca), and then Al Cameron, Director of Communication & Media Relations for Curling Canada, for the remainder of the event. All teams will practise on Friday at both the arena and curling club from 9 a.m.-6:45 p.m.