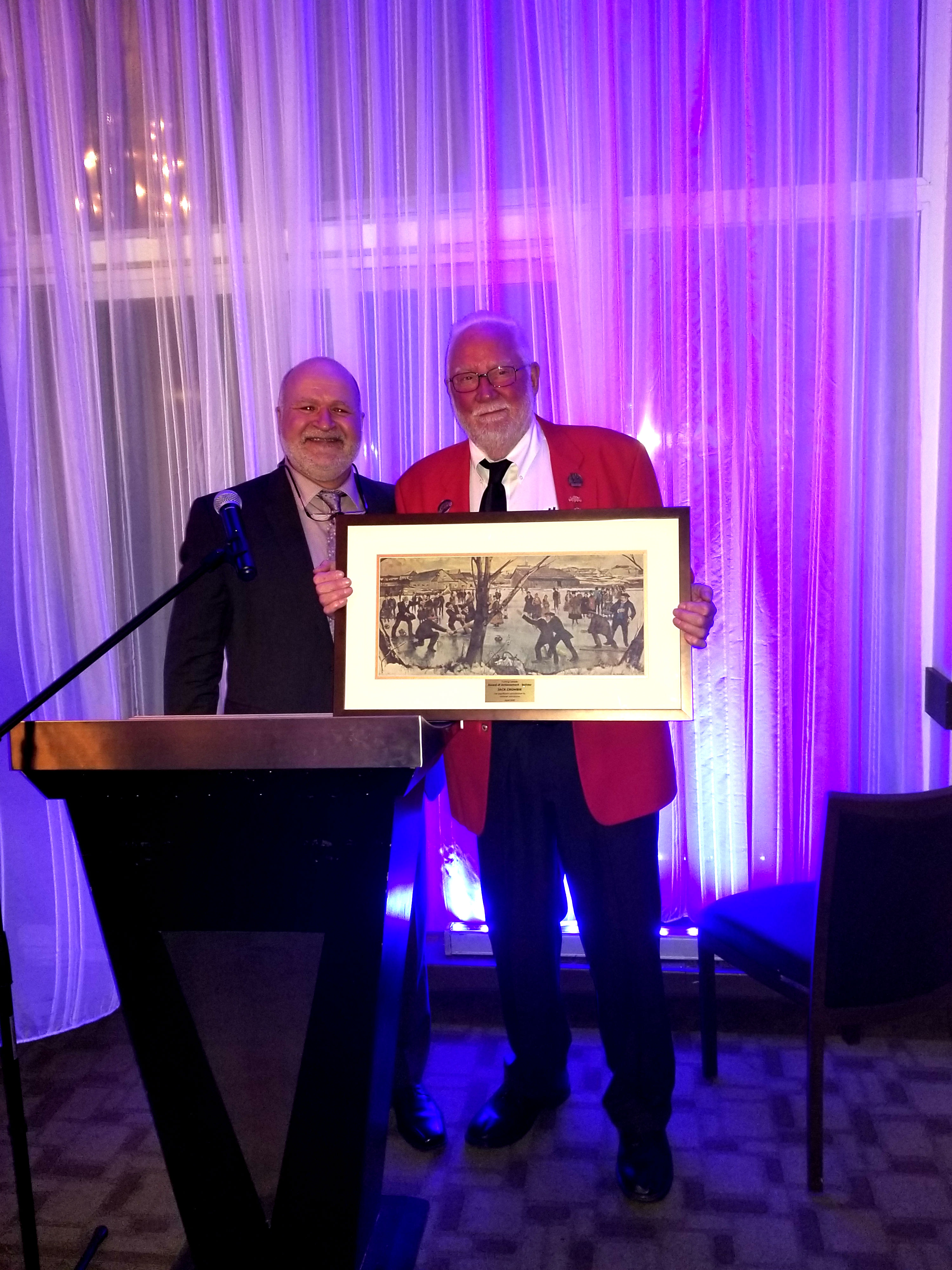 A very special evening was organized last Friday by the Hudson-Whitloclk Curling Club in honor of Mr. Jack Crombie who has been awarded two important and well deserved distinctions over the past year.

Curling Canada has awarded him a special recognition award for his contribution to the development of curling. Mr. Danny Lamoureux (Director, Championships and Club Services) was present for Curling Canada.

Mr. Crombie is also one of nine Quebec personalities who were inducted into the Curling Québec Hall of Fame in the Builder category earlier this year and Mrs. Alanna Routledge (Competition Director) was present as CQ’s representative,

Our most sincere congratulations to Mr. Crombie for his contribution to the development of curling and his involvement both provincially and nationally.