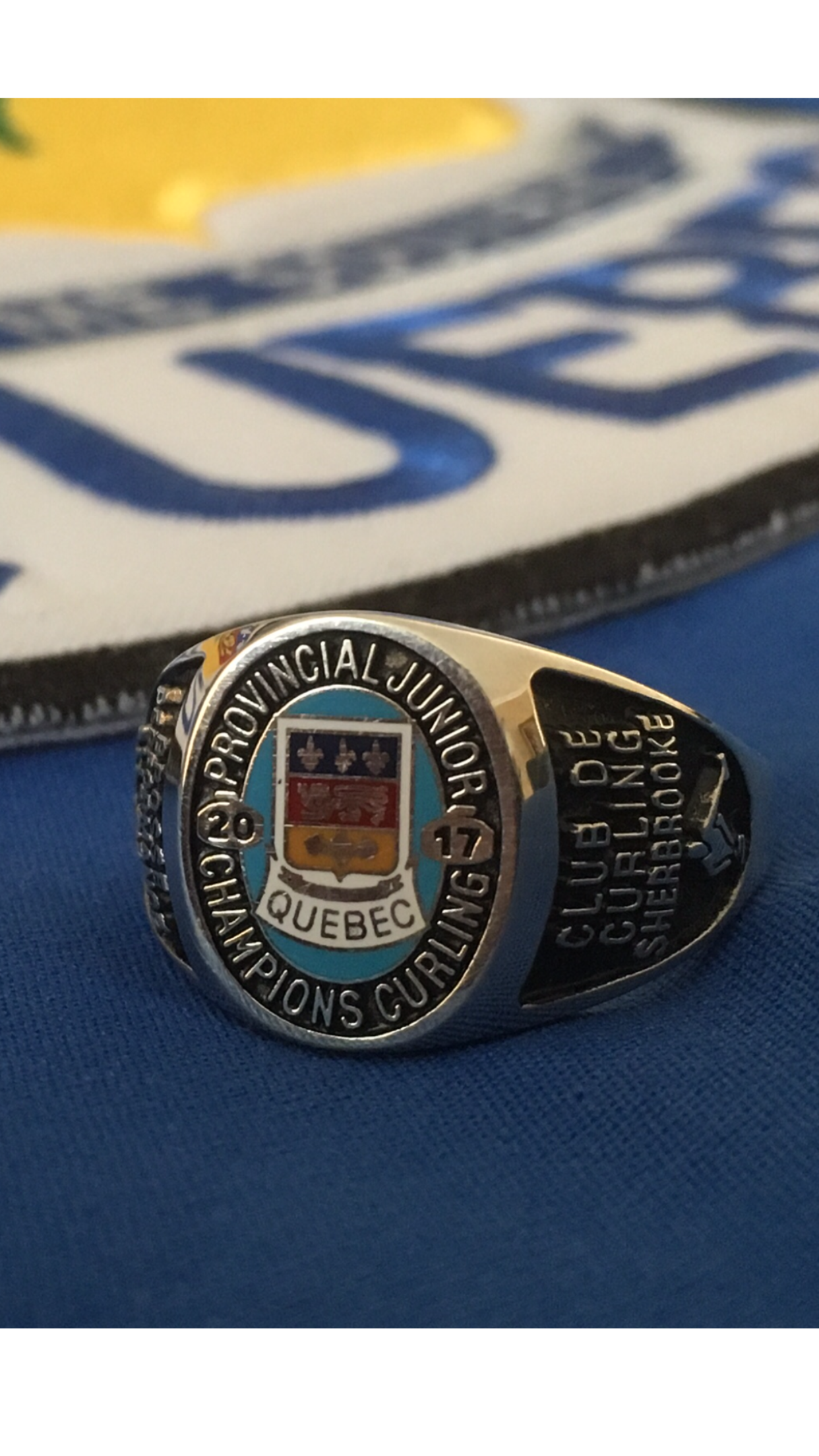 Mr. James Thompson, curler, curling fan, and goldsmith, wanted to recognize the champion teams of the boys and girls Brosse Performance Junior Provincial championships which were held in Lennoxville and Sherbrooke Curling Clubs in January 2017. With that in mind, Mr. Thompson and Williams Recognition came up with a unique idea to create a championship ring for each player so that they could forever have something to remember their victory. The rings were recently presented by Mr. Dwayne Fowler (president of the Estrie Regional Curling Association and official representative of Mr. Thompson) and by Mr. André Ferland (Brosse Performance representative) at a special ceremony which was organized by the Etchemin Curling Club to celebrate all of their champions from the 2016-17 season