2018 Canadian Junior Championships to be played in Shawinigan 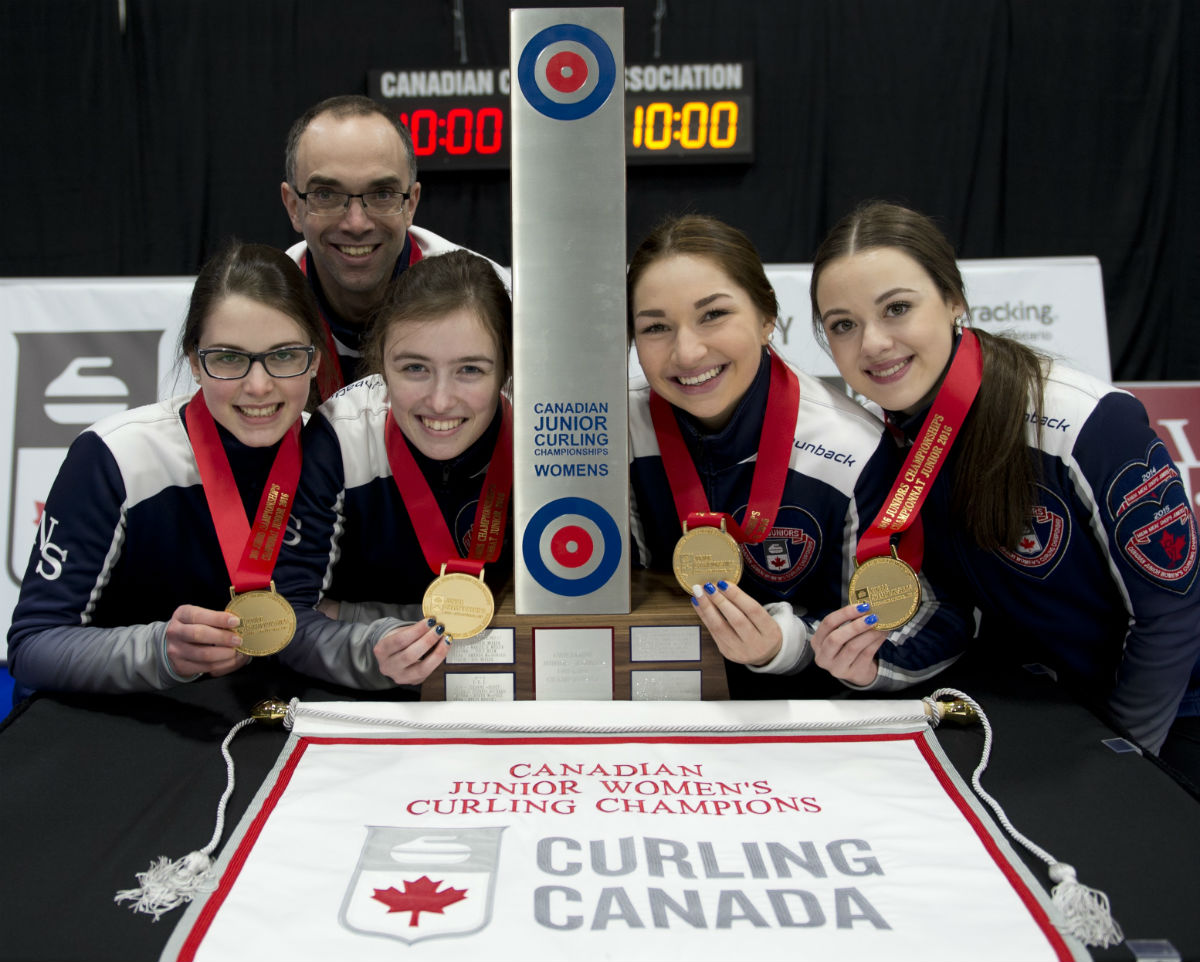 Canada’s best junior curling teams will play for the 2018 national championships in Shawinigan, Que., it was announced today by Curling Canada.

The 2018 Canadian Junior (Under-21) Men’s and Women’s Curling Championships will be staged Jan. 13-21 at the Centre municipal de curling de Shawinigan and the Aréna Grand-Mère.

“This is a thrilling opportunity for our city and our club to put on a memorable show for these athletes and their families,” said Jean-François Morand, president of Curling Grand-Mère. “The next 16 months are going to be busy for us, but the end result will be an event that will be remembered for years to come.”

It will be the first time Shawinigan has hosted the Canadian Juniors, but nearby Trois-Rivières has a rich history with junior curling, having hosted the 1993 Canadian Junior Championships (won by Nova Scotia’s Shawn Adams and Ontario’s Kim Gellard) as well as the 2004 World Junior Championships (won by Sweden’s Niklas Edin and Norway’s Linn Githmark).

“Curling is a sport practised in Shawinigan since 1905. It is a long tradition that continues in our Centre municipal de curling, which was inaugurated in 2010,” said Michel Angers, Mayor of Shawinigan. “Thus it is with pride that I make a rendez-vous with the best players in the country for the 2018 Canadian Junior Championships.”

Besides the 1993 Canadian Juniors, the event has been staged in the province of Quebec on six other occasions, five of them being prior to the men’s and women’s championships being combined into one event in 1987 at Prince Albert, Sask.

The 1973 Canadian Junior Women’s Championship was played in Montreal, with Saskatchewan’s Janet Crimp coming out on top, while Jodie Sutton skipped her B.C. team to victory in 1986 at Rouyn-Noranda.

The most recent Quebec-based Canadian Juniors was played in 2010 at Sorel-Tracy, with Ontario sweeping both titles — Jake Walker won men’s gold while Rachel Homan took the women’s gold.

“The fans in the Shawinigan area are in for a treat, for a couple of reasons,” said Marc-André Robitaille, Executive-Director of Curling Quebec. “First of all, they’re getting a chance to see Canada’s up-and-coming stars, the players who will be representing our country proudly at future world championship and Olympic Games. Also, the Host Committee in Shawinigan will be pulling out all the stops to make the 2018 Canadian Junior Championships a wonderful event, on and off the ice.”

With 14 teams in each gender (representing each of the 10 provinces in addition to Northern Ontario, the Northwest Territories, Yukon and Nunavut), the field will be split into two seven-team pools. Teams will play a round robin within their pool, leading to a championship pool beginning on Wednesday, which will then lead to the weekend playoffs. Teams that don’t qualify for the championship pool will play a seeding pool to help determine rankings for the 2019 Canadian Juniors (host site TBD). Meantime, non-playoff teams will participate in a mixed doubles competition.

“The Canadian Juniors are one of are most exciting events,” said Hugh Avery, Chair of Curling Canada’s Board of Governors. “Not only is the curling of a high calibre, the camaraderie between the young players from across the country is truly special to see. At the same time, we’re getting to see the future of our sport unfold before our eyes, and that’s always gratifying and thrilling. I know the Shawinigan Host Committee will do a superb job in hosting the athletes, their families and the event officials.”

The men’s and women’s winners at the 2018 Canadian Juniors will represent Canada at the 2018 World Junior Championships in Aberdeen, Scotland.

Canada has won a leading 18 world junior men’s titles since 1975 and 11 women’s crowns since 1988. At the 2016 World Juniors in Copenhagen, Denmark, Canada’s Mary Fay won the women’s gold while Matt Dunstone won men’s bronze for Canada.

The 2017 Canadian Juniors are scheduled for Jan. 21-29 in Victoria. The Canadian champs will then move on to the 2017 World Juniors in PyeongChang, South Korea, which will be the official test event for the 2018 Winter Olympics.