Tim Hortons Roar of the Rings begins Saturday in Ottawa 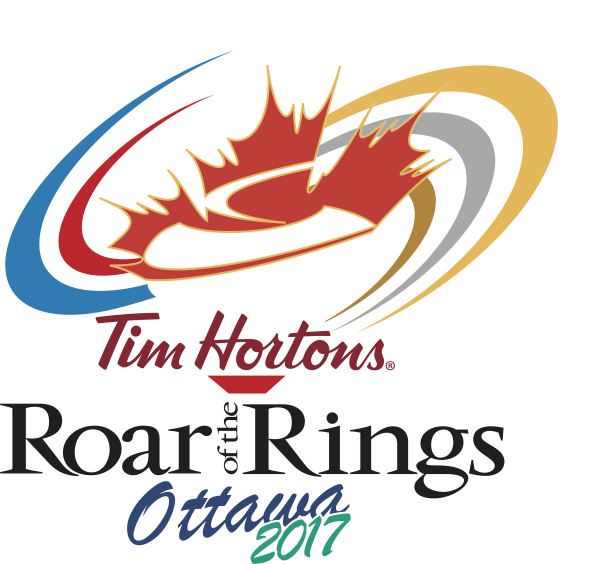 Canada’s best four-player men’s and women’s teams will be chasing their gold-medal dreams when the 2017 Tim Hortons Roar of the Rings gets underway Saturday at the Canadian Tire Centre in Ottawa.

The Tim Hortons Roar of the Rings, which will culminate with the men’s and women’s finals on Sunday, Dec. 10, will decide the four-player teams that will wear the Maple Leaf at the 2018 Winter Olympic Games in February in Pyeongchang, South Korea, where Canada will attempt to defend the gold medals won by Jennifer Jones and Brad Jacobs four years earlier in Sochi, Russia.

But they will be challenged extremely hard by a collection of women’s and men’s teams that comprises by far the world’s toughest Olympic curling qualifying event.

In addition to the reigning Olympic champions, both reigning world champions will be on the ice at the Canadian Tire Centre.

On the women’s side, its hometown hopeful Rachel Homan looking to build on a 2016-17 season that saw her Ottawa lineup win the Scotties Tournament of Hearts in St. Catharines, Ont., and the World Women’s Championship, presented by Ford of Canada, in Beijing.

In the men’s field, meanwhile, is Brad Gushue’s St. John’s squad, which won its hometown Tim Hortons Brier last March and followed with gold at the Ford World Men’s Championship in Edmonton. Both Gushue and vice-skip Mark Nichols also have Olympic gold medals, having prevailed at the 2006 Winter Games in Torino, Italy.

They aren’t the only past gold-medallists in the men’s event as three-quarters of Kevin Martin’s winning squad in 2010 in Vancouver will be playing at the Tim Hortons Roar of the Rings. Martin’s front end of Marc Kennedy and Ben Hebert are part of Kevin Koe’s Calgary team, which won the 2016 Tim Hortons Brier and World Men’s title and was second to Gushue at the 2017 Tim Hortons Brier.

Martin’s 2010 vice-skip, John Morris, meanwhile, is skipping a Vernon, B.C., team that didn’t nail down its trip to Ottawa until qualifying out of the Home Hardware Road to the Roar Pre-Trials earlier this month in Summerside, P.E.I. Morris was the runner-up to Jacobs at the 2013 Tim Hortons Roar of the Rings in Winnipeg.

The teams will play a round-robin draw beginning Saturday at 2 p.m. (all times Eastern) and running through to Friday, Dec. 8. The top three teams will make the playoffs, with the first-place teams advancing directly to the Sunday, Dec. 10, championship games (women at 2 p.m., men at 7 p.m.).

The second- and third-place teams will meet in the semifinals on Saturday, Dec. 9, with the women playing at 2 p.m. and the men at 7 p.m.

It will be the sixth edition of the Canadian Curling Trials since curling was brought back as an official medal sport for the 1998 Winter Games at Nagano, Japan, and the first time the event has been played in Ontario. Previous editions were staged in 1997 at Brandon, Man., 2001 at Regina, 2005 at Halifax, 2009 at Edmonton and 2013 in Winnipeg.

Since those 1998 Olympics, Canadian teams have a perfect record in reaching the Olympic medal podium, a claim that can’t be made by any other National Sports Organization in the country.

In 1998, Regina’s Sandra Schmirler won gold while Toronto’s Mike Harris came home with silver; four years later in Salt Lake City, it was a silver medal for Martin and bronze for Kelley Law of New Westminster, B.C. At the 2006 Olympics, Gushue won the gold while Calgary’s Shannon Kleibrink won bronze, while in 2010, Martin won gold and Calgary’s Cheryl Bernard was the silver-medallist, with Canada earning an unprecedented gold-medal sweep in Sochi.

TSN/RDS2, the official broadcast partner of Curling Canada’s Season of Champions, will provide complete coverage of the Tim Hortons Roar of the Rings.

For ticket information, team lineups and the schedule, go to the event website: www.curling.ca/2017roaroftherings/.