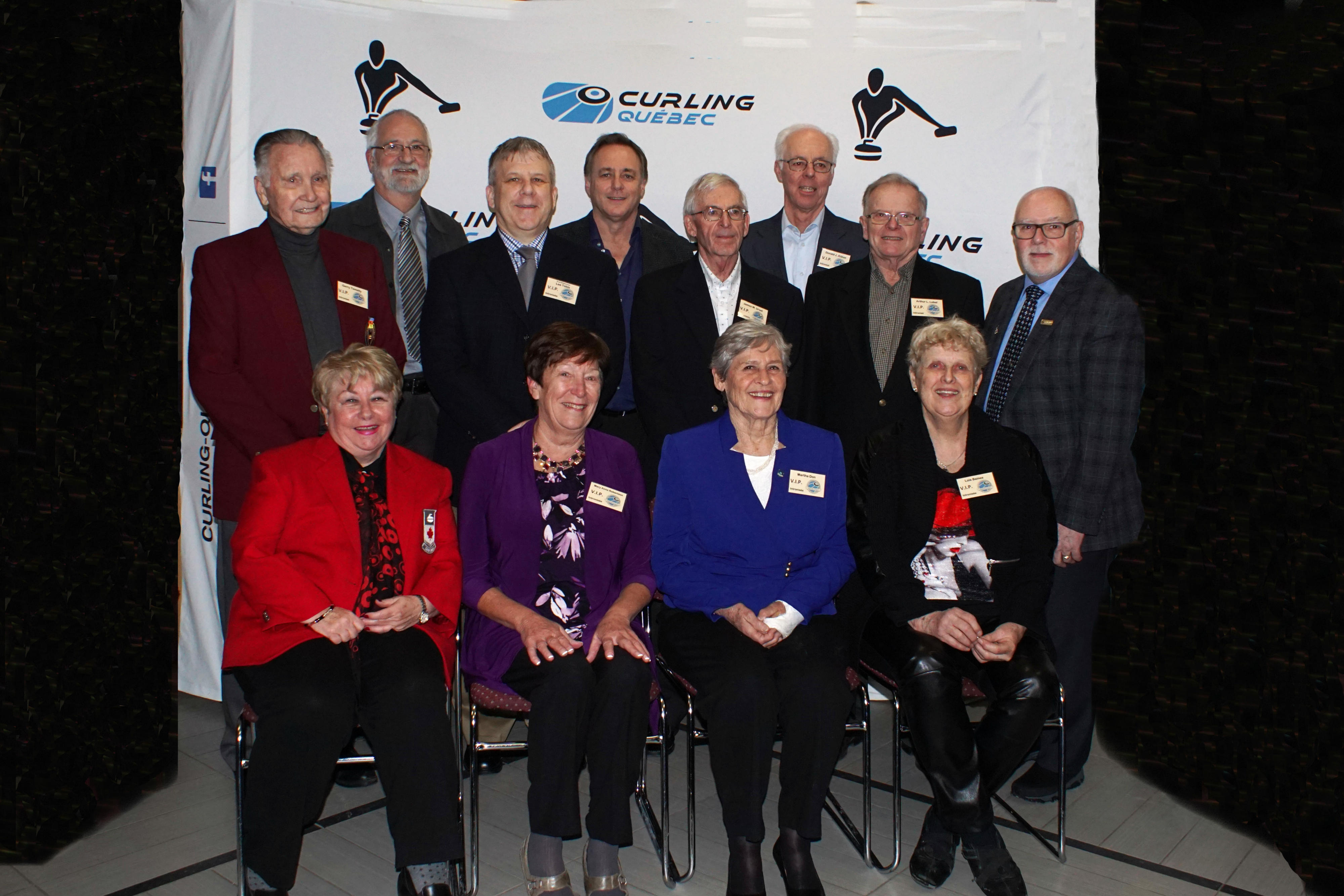 Curling Québec held a very special ceremony on Thursday January 12 during the Scotties & WFG Tankard provincial championships. A total of 9 players that have marked the history of our sport by their amazing achievements were inducted into the federation’s Hall of Fame. Until now, only 3 people had received this singular honour : Mrs. Agnès Charrette, Mrs. Rita Proulx and Mr. André Ferland.

These new inductees in the « player » category dominated in their respective era winning numerous individual and collective honors. We wish to once again congratulate them warmly and it is with great pride that we have welcomed the following people to the Curling Quebec Hall of Fame: