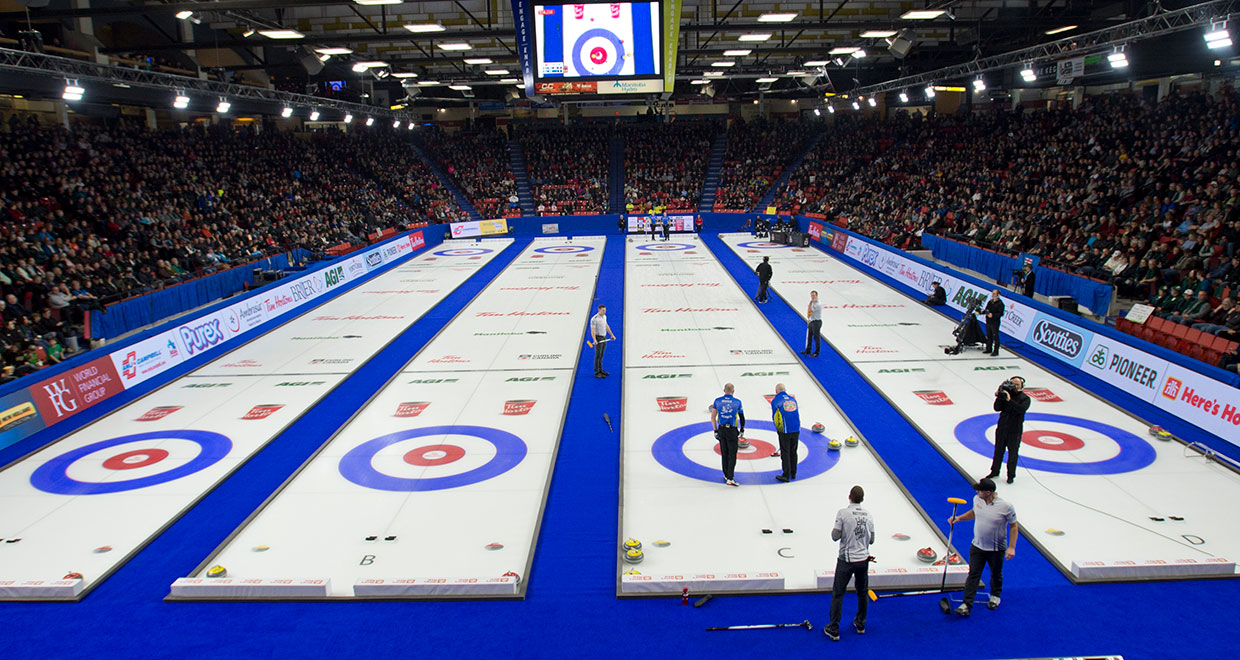 The residency rules that determine eligibility for the national men’s and women’s curling championships have been updated, it was announced today by Curling Canada. Players can now use birthright status to represent the province or territory they were born, even after moving away. 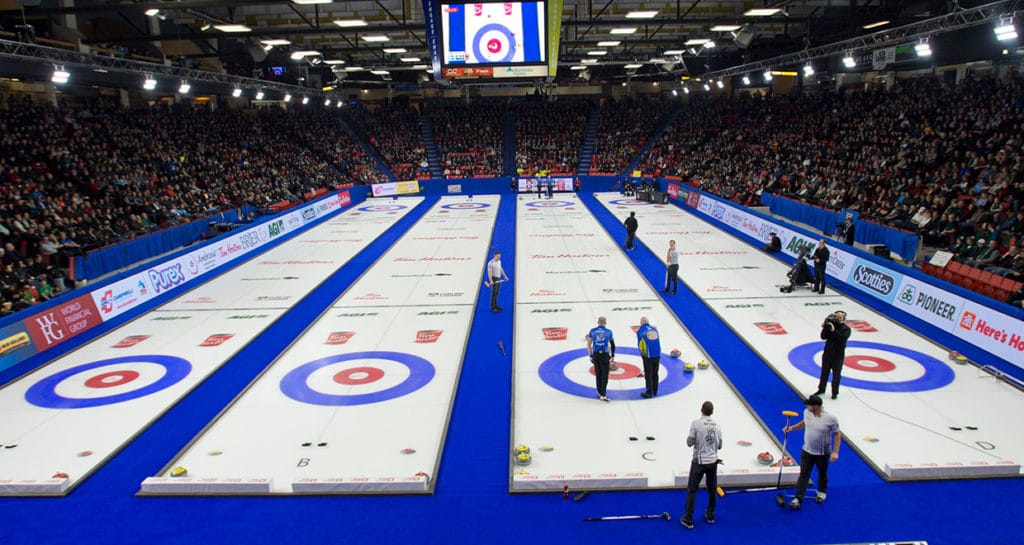 This decision was made by the Curling Canada operations team after discussion with the Board of Governors and Member Association presidents.

Birthright will be implemented nationwide as of the 2019-20 curling season and in effect at the Tim Hortons Brier, Scotties Tournament of Hearts and all provincial/territorial playdown events leading up to the national men’s and women’s championships. This means all teams can still consist of one free agent and the remaining players may be bona fide residents or have birthright.

“Ask any Canadian curler about their dreams as a young player and they’ll tell you it’s competing at a Tim Hortons Brier or Scotties Tournament of Hearts and wearing the colours of their province or territory,” says Curling Canada CEO Katherine Henderson. “This update gives all curlers the opportunity to keep that dream alive no matter where they live in the country, while continuing to celebrate the traditions of inter-provincial/territorial competition that makes our sport special.”

This move provides curlers with more freedom in their personal and professional lives while achieving their athletic goals and aligns curling with best practices of other National Sport Organizations.

“I think it makes sense. Today in curling we’re going up against such strong competition at the world level and we need to make sure our best team is representing Canada. This allows players more leeway to live their lives and still have a strong team at worlds,” says Ben Hebert, lead for Kevin Koe.

The decision also benefits Member Associations (MA) that can feel the impact of curlers moving away for school and work opportunities. MA’s spend a lot of time, money and resources on developing young curlers and birthright provides these athletes with opportunities to represent the region they were born even if they move away.

“The way the world works many people are required to move because of circumstances,” says Jennifer Jones. “Whether it’s a job, school, a relationship or family there are many reasons why people move. In many cases, curlers end up having to make a difficult choice between where they live and their goals playing the sport which is unfortunate.” 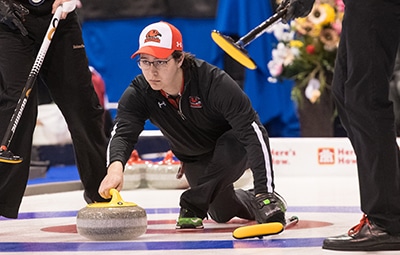 Brady St. Louis of St. Marys, Ont., is now eligible to compete in Nunavut’s territorial playdown process. St. Louis learned to curl in Iqaluit and spent the first nine years of his life there. He is a national college champion with the Fanshawe Falcons. (Photo, Curling Canada/Rob Blanchard Photograph)

Birthright removes that difficult choice for some curlers, such as Brady St. Louis, by providing more options. St. Louis, from St. Marys, Ont., plans to use his birthright and make an immediate impact for his home territory of Nunavut. The 22-year-old could inject the territory with new talent that it otherwise would not receive.

St. Louis spent the first nine years of his life in Iqaluit and learned to curl there. He moved to Ontario with his family and eventually played for the Fanshawe Falcons where he won a national college curling championship and was named an all-star twice.

He hopes to follow in his father’s footsteps (David St. Louis skipped Nunavut at the 2018 and 2019 Tim Hortons Briers). If he does, he brings no shortage of skill to Nunavut: strategy, clutch draw weight, strong sweeping and experience on arena ice – to name a few.

“Having this is really phenomenal for me and other kids,” St. Louis says. “It’s a dream come true to go to the Brier for any curler. To have that chance while not being a permanent resident is just amazing. It gives me and other people that move away – because of working parents and other reasons – a chance to prove themselves. I still see Nunavut as being home for me. And to get a chance to represent a place where I grew up makes it that much better.”

The update to the rules leave a lot of possibilities on the table for curlers who have moved away, including some well-known names. Ben Hebert (born in Regina) playing for Saskatchewan again? He doesn’t rule out the possibility in the future.

“I have a great team here in Alberta now, but down the road if there was ever an opportunity for me to play for my home province and to play for Saskatchewan, I think that would be a very welcoming system,” says Hebert.

It’s welcoming because even though Hebert spent the first 22 years of his life in Saskatchewan, he has established his home in Alberta with a career, wife and kids. It’s very unlikely he would move back to Saskatchewan to play for the province.

It’s the realities of life for himself and many others who play the sport, but he doesn’t believe it should prevent a curler from representing the province or territory they identify with.

“For example, Rachel Homan just had a baby. For her now to play out of Ontario, that’s where she’s from and she’s put a lot of time into that association, and move out to Alberta with her husband and have their family here and not have to move back, I think that’s outstanding for curling and a step in the right direction,” Hebert says.