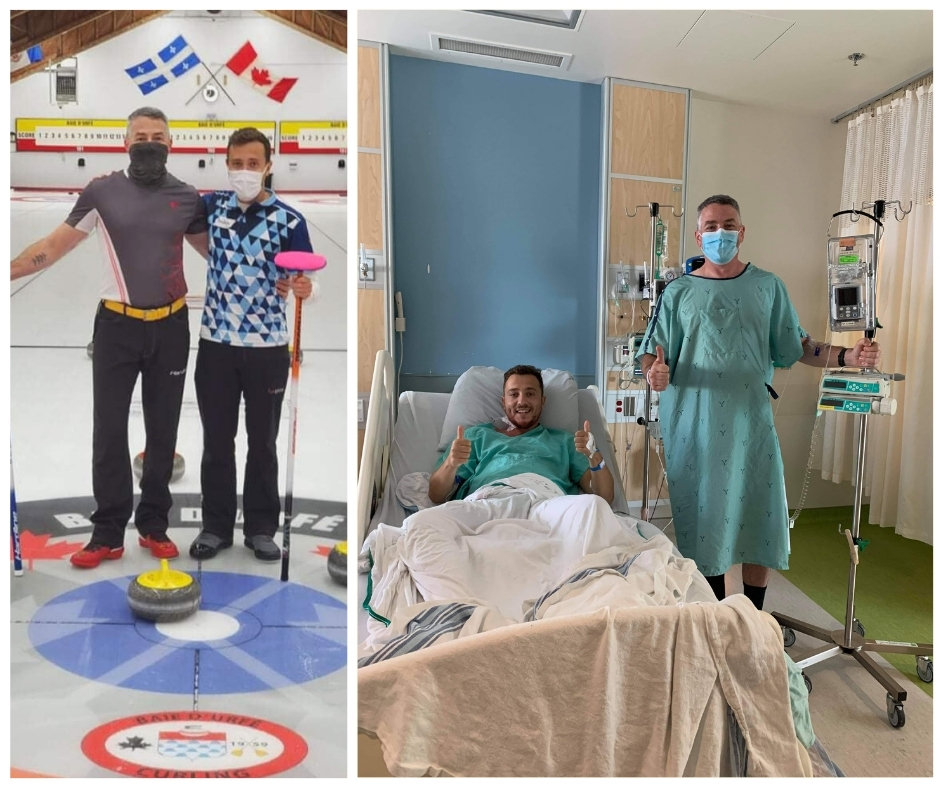 This is the story of Adam and Charles.  It’s a story about curlers but it’s not a curling story.  In fact, it’s not even a sports story… it’s just a damn good story!

Adam Freilich is a curler.  A very good player in fact, who has taken part in several major competitions and was even the captain of the Israeli national team.  He has had kidney problems for a few years and his situation deteriorated greatly at the beginning of the summer.  His only way out was to receive a transplant, but several things had to come together to make the project a success.  The donor had to have the same blood type as him to ensure compatibility (O+ in his case) and the person had to ideally be alive and healthy.  “Ideally” because in such a case, the transplanted organ can be effective for many decades, whereas an organ from a clinically deceased person has a potential effectiveness of about 8-12 years.  Several of Adam’s friends and family members were willing to donate, but unfortunately, none were a match.

That’s when Charles Gagnon came into the picture.  Charles and Adam have known each other for many years as players and competitors.  They are good acquaintances without being the best of friends.  Sensitized by a post he saw on Facebook, Charles decides to get tested… he is 0+.  Several weeks of testing and preparation followed for Charles and even changes to some of his lifestyle habits.  Finally, on September 21st, one of Charles’ kidneys was miraculously transplanted to Adam 😉

Charles is now back home and in great shape.  Adam’s recovery is also going very well, so much so that he should be released from the hospital in a few days.

This is the end of Adam and Charles’ story, at least for now, as they are hoping that the bond that now unites them will take them on plenty of new adventures.  They  are planning to participate in the World Transplant Games in 2024.  For the occasion, Charles will certainly wear the new custom curling shoes that Adam recently gave him. New qualification process for the U-18 and U-21 provincial championships
January 16, 2023
Search