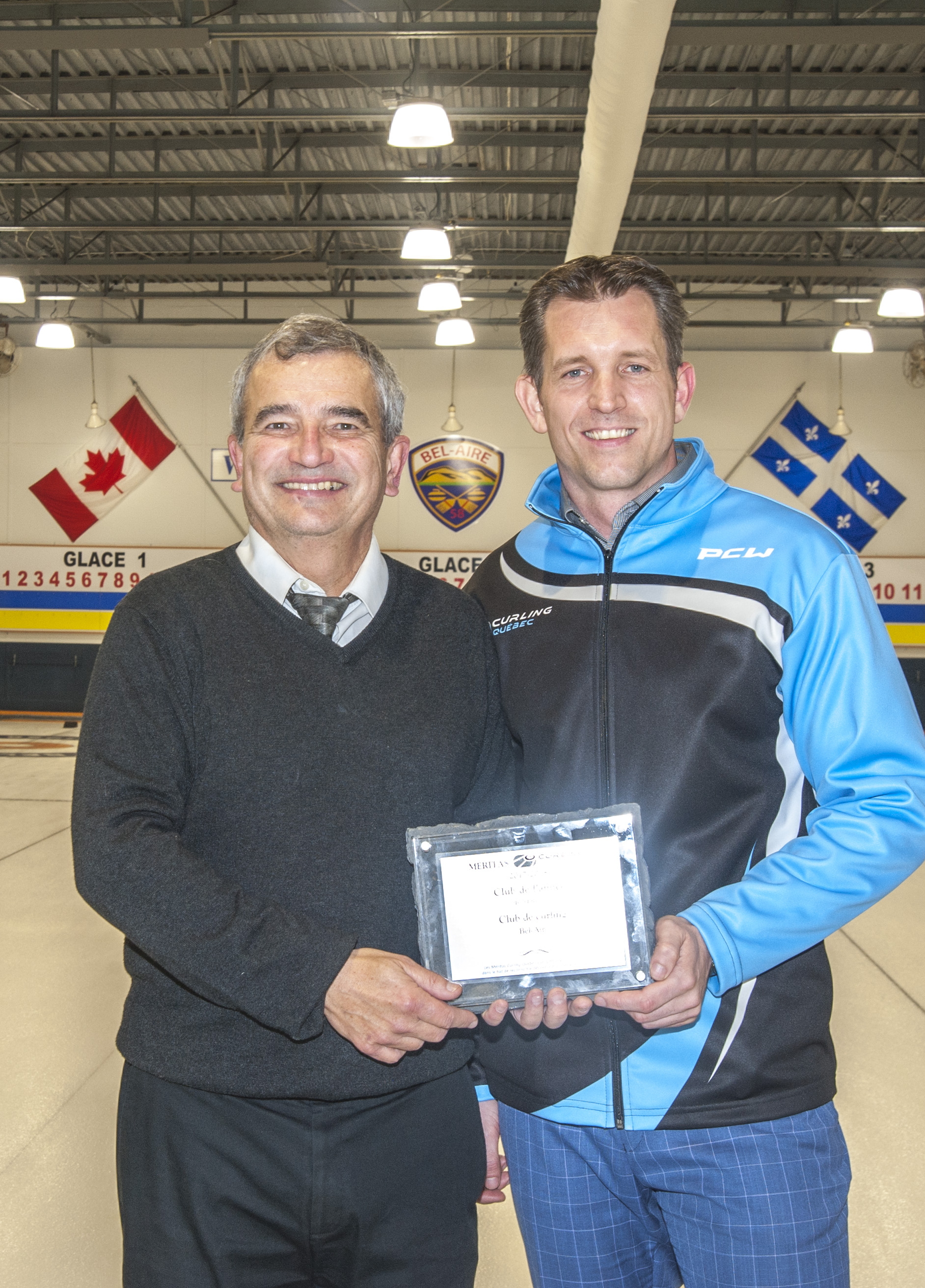 Last Friday at the Bel-Aire Curling Club was celebrated the 60th anniversary of the curling club. A ceremony full of reminiscence and projects for the future. Curling Québec was there and Mr. François Vary from the ARCM. They could admire the last renovations done in the club (lightning, painting, locker rooms, score boards, etc…). The President of the club, Mr. Denis Pelletier (left on picture) received the Club of the Year Meritas Award from Mr. Stefan Sasura (right on picture), secretary of Curling Québec. Congratulations to Bel-Aire curling club’s team and we wish them numerous other anniversaries.