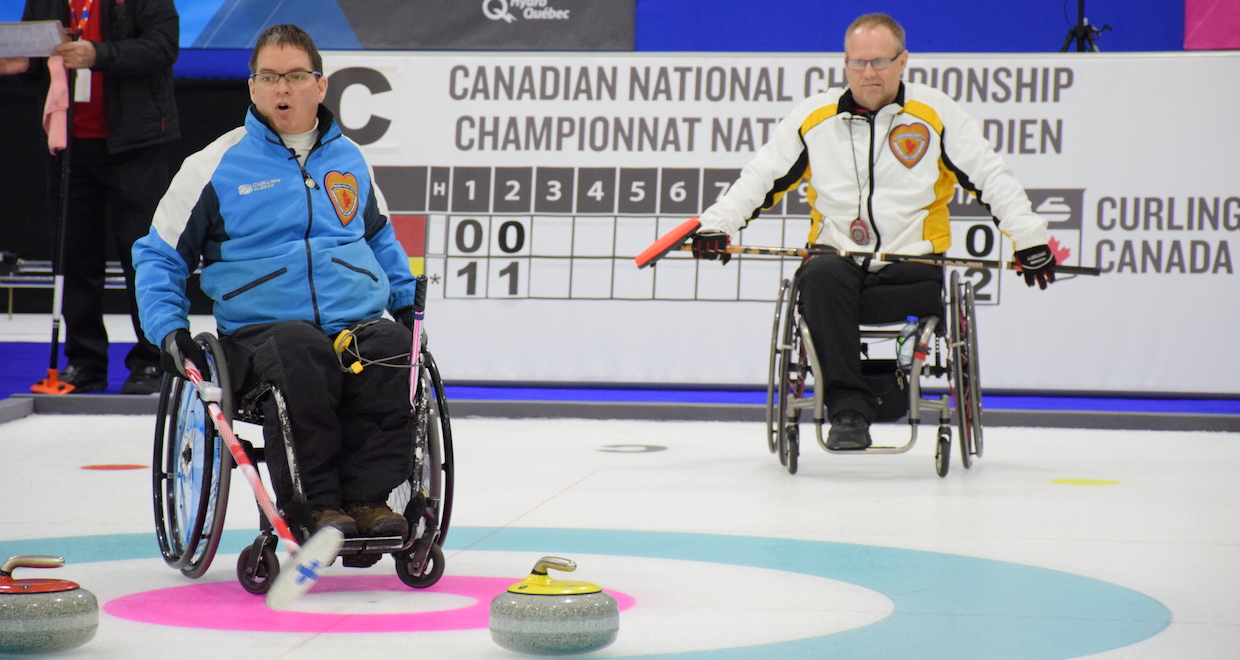 The 12th Canadian Wheelchair Curling Championship gets underway Monday, April 27 at Club de curling Boucherville in Boucherville, Que. It’s the second year in a row that the city and club have hosted the event.

Once again, the championship will be organized and operated by Défi sportif AlterGo, a Quebec-based organization focused on raising awareness of sports for athletes with a disability.

Both Thiessen and Lessard are back to renew rivalries this year. Also competing are Saskatchewan skip Darwin Bender and his 2012 Canadian Wheelchair championship team and British Columbia skip Gerry Austgarden, a two-time Canadian champ, his third Darryl Neighbour, also a two-time winner and second Frank La Bounty, a three-time winner.