The Challenge de curling de Gatineau will not be back next fall. 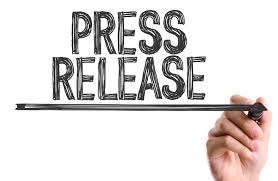 The president of the Buckingham Curling Club (BCC), host of the first ten editions of the Challenge de curling de Gatineau, announced that there will not be another edition of this major international event this year. This decision was taken after a mutual agreement with the Challenge’s coordination committee lead by Mr. Richard Faguy.

The organisation and the holding of the Challenge de curling de Gatineau requires a significant administrative effort and mobilization of many volunteers and specialized technicians. This year, the departure of many key actors within this work force left no choice but to pull the plug on this event.

Presented as part of the activities highlighting the 100th anniversary of the Buckingham Curling Club, the tenth and last edition of the Challenge was a memorable one with participation of 112 teams from Canada (7 provinces), the United States, Scotland, Switzerland and China. This last edition of the Challenge had notably expanded by hosting, for the first time in Quebec, a tournament of the Junior Slam Series.

The Challenge de curling de Gatineau was, for many years, the most important curling tournament in eastern Canada (Quebec–Maritimes). Throughout the first ten editions, the Challenge has hosted teams from ten Canadian provinces, many American states, Scotland, Switzerland, Sweden, Denmark, Israel, Russia, Japan and China. Amongst these teams, many have represented their respective countries at the highest level : Olympic games, world championships, European championships, Pacific/Asia zone championships and Universiades.

By virtue of this communiqué confirming the end of the Challenge de curling de Gatineau, Mr. Jean St-Pierre wishes to first thank Mr. Dany Beaulieu who was the director of the first edition of the Challenge in 2009 and who was involved in the success of this international tournament during all of its 10 years. Mr. St-Pierre also highlighted the exceptional work of the coordinator, Mr. Richard Faguy and the team of volunteers from the BCC who made this event so prestigious.

Finally, M. St-Pierre thanks all the members of Gatineau’s city council and all of its many municipal employees involved in the Challenge for their excellent collaboration in support of the Challenge throughout these years.

For his part, Mr. Richard Faguy wishes to thank the city of Gatineau, the World Curling Tour, Curling Québec, the Ottawa Valley Curling Association, the Junior Slam Series and the many partners, sponsors and collaborators for their unwavering and continued support of the Challenge during these past ten editions.

Mr. Faguy also ackowledges the excellent quality of ice conditions given by the chief ice technician, Mr. Frédéric Joannette and the members of his team. This was a key factor in the Challenge’s outstanding reputation.

Finally, M. Faguy points out that the initial mission of the Challenge organizers was to host a world-renowned curling competition while promoting the sport of curling in our region. To this point, he reports that curling is alive and well in the Outaouais region and gives as examples, a very successful junior program at the Buckingham Curling Club as well as the new club de curling des Collines curling club that opened in Chelsea last October 2018.