For the love of curling 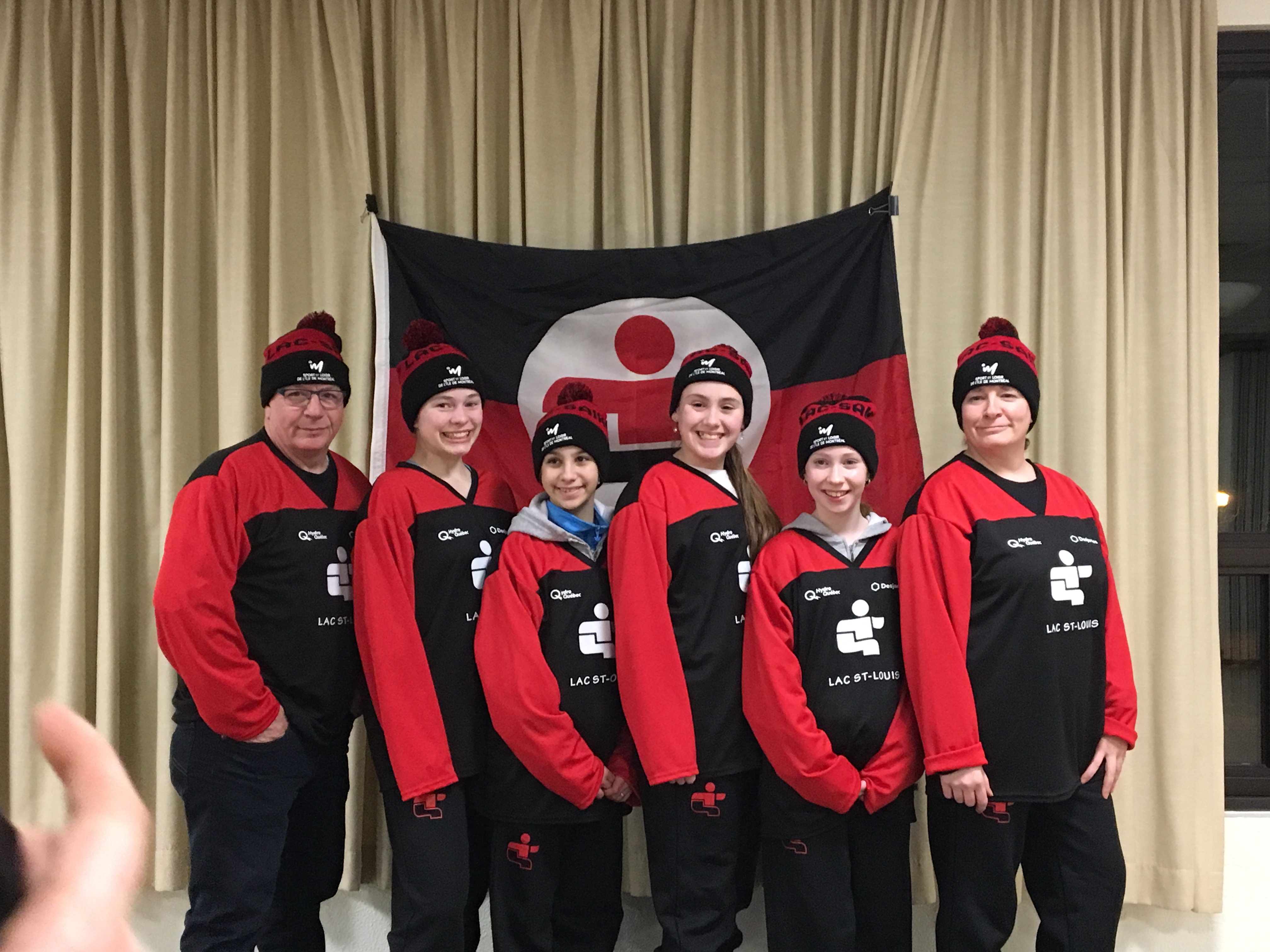 Initiation and recruitment of young curling players has been a priority for Curling Quebec in recent years.  We just recently received this wonderful testimony from the mother of a new player and we simply couldn’t resist sharing it with all of you.  Enjoy 😉

We are writing to you to express our delight with not only the Pointe-Claire Curling Club but their juniors’ program. Our daughter Eleya joined the club in October 2017 in the little rocks program. Our timing was almost perfect as one the Gargul’s team members had aged out and they had asked two of the girls to share being the lead on their team in mid-November. How exciting for them and what an awesome experience. Not only were they able to fast-track the learning process to a great sport but the genuine love of curling was born for her. This experience led her to win gold for the Lac St-Louis Region and be invited to Les Inter-Jeux in March 2018 in Victoriaville-Warwick, where the team won Bronze. She already loved the sport but now seeing the potential for the elite provincial level it became a passion. From that day on she made a point to include the curling club into her extended family and participle in all possible club activities ie. the Tic Tap Toc challenge where she tied for second place in her age category (December 2018).

Lucky for her and us, her second season of curling we were able to have another junior coach come in brand new with no previous coaching experience in curling and carry on the great work done before. He took it upon himself to take all the coaching courses and obtain his accreditation to be able to remain the team coach. The team won the Lac St-Louis Region to qualify for Les Jeux du Quebec 54th edition! If not for the dedicated and passionate work of the coach helped by people from the PCCC this would have never happened for our girls.

The coach helped our girls prepare as best as he could for these games. Teaching them to stretch before and after games and practices, to eat good food as nutrition is a big part of athlete’s success, to focus on the task at hand, to sleep enough hours so well rested, to limit device time, to watch as much curling when possible, but most important to have fun playing a game at the elite level regardless of outcome.

The days of March 5 to March 9, 2019 will be etched in Eleya mind for the rest of her life. She participated as an athlete in Les Jeux du Quebec representing her region with her team. Meeting other athletes from all over the province of Quebec, making new friends and watching different sports. This memorable event would have never been made possible without the help, support, determination and hard work from many dedicated volunteers.

The season is almost over and to the dismay of our daughter, who wishes summer curling league existed, she will be anxiously waiting for October to be here yet again so she can register for another season and be on the ice with teammates and coach. And maybe with some luck her younger sister Eryana can join her team. A sidebar we (and other PCCC parents) have approached John Rennie High school in Pointe-Claire to reinstate a curling Sport-Etude program there. We believe we have enough student curlers from PCCC and area clubs, presently attending the school and have also found ice time in a nearby curling club.