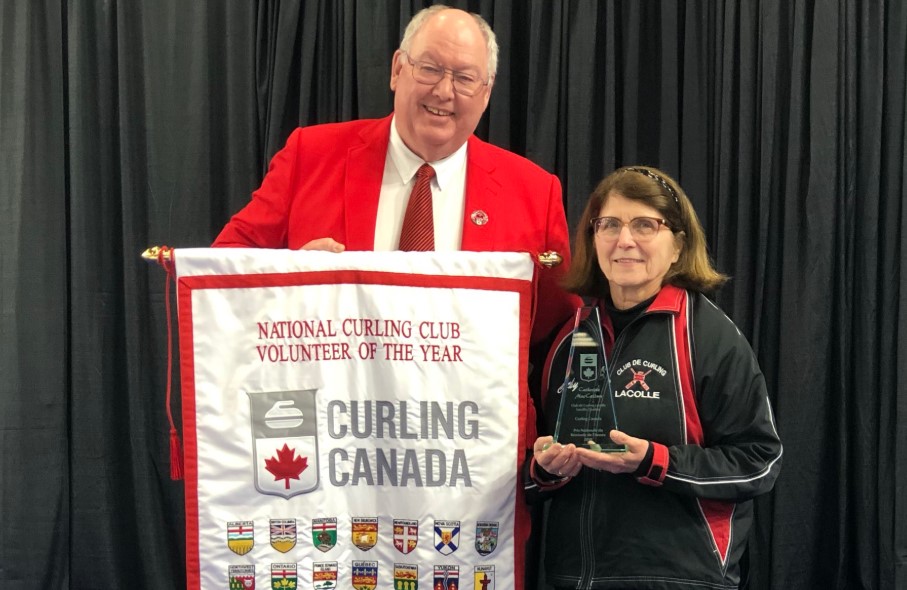 It was during an on-ice ceremony at the 2019 Tim Hortons Brier in Brandon that Curling Canada gave Cathy MacCallum of the Lacolle curling club the Canadian Volunteer of the year award.

The Lacolle Curling Club in Lacolle, Que., was showing its age during the 2017-18 season; seven decades with little in the way of upgrades, and the ice conditions were suffering as a result.

That’s when Cathy MacCallum decided it was time to take action to replace the outdated cooling system and upgrade the club infrastructure, and that action consisted of countless hours of research into what grants could be available, writing the grant applications, and then when a government grant was awarded that required matching funds from the club, she galvanized the community to make it happen.

But that’s when the work REALLY began — the money was in place, but heavy labour would still be required, and MacCallum was in the trenches with her fellow members, pushing wheelbarrow loads of sand, cutting pipes, removing sidewalk boards, and on top of that, providing snacks to her fellow volunteers that she had prepared herself.

The hard work finally came to fruition in late December, and members were back curling on superb ice in January.